Home » The Most Unmissable Experiences in Australia

The Land Down Under is a fun and exciting destination for visitors, and every year hundreds of thousands of tourists visit Oz in search of the quintessential Aussie adventure. As an Australian myself, here are my top ten unmissable experiences in Australia. 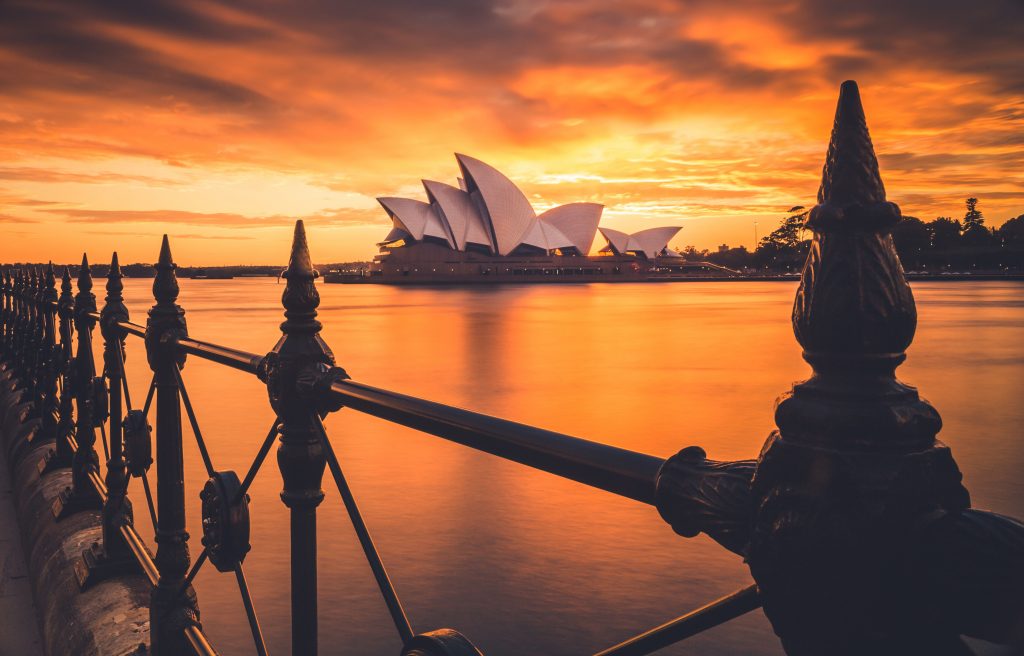 #10: Wine Taste
While many think of Australians as beer drinkers, in reality, we are very proud of our red wine. Some famous Australian wine regions such as the Margaret River (WA), Barossa Valley (SA) and Hunter Valley (NSW) are considered amongst the world’s best. Tasting is free and usually with a dose of friendly Aussie hospitality.
#9: Try a Unique Aussie Dessert
Australian cuisine might not be quite as developed as many other places in the world, but we do boast some pretty awesome desserts. There’s the meringue and berry ‘Pavlova’, chocolate and coconut ‘Lamington’ and then the famous ‘Tim Tam Slam’ which involves drinking your favorite hot beverage through Australia’s favorite biscuit.
#8: Take a Road Trip, like the Great Ocean Road
Australia is a huge country with hundreds of thousands of kilometers of wide open roads. It’s a great place for a road trip and there’s many of them – although perhaps the most famous is Victoria’s Great Ocean Road, which has amazing views over the rugged coastline.
#7: Sip a Cocktail in Melbourne
Melbourne is an incredibly cool city with even cooler bars featuring a dazzling selection of cocktails. Be sure to sample one before you leave the city.
#6: Snap a Selfie in Front of the Sydney Harbour Bridge
Is there a more quintessential Aussie selfie than one snapped in Sydney? Most go for the classic Sydney Harbour Bridge as a backdrop, although the sail-shaped Sydney Opera House is also a popular selfie location. If you’d prefer not to take it yourself, you can always ask a friendly Sydneysider to take your photo – they’re used to it!
#5: Visit a Festival
Australia-wide, thousands of festivals happen every year celebrating everything from music, food, wine, the arts, Aboriginal culture, and more. These festivals are suitable for all ages and offer something for everyone. They also usually include great food and drink, so keep an eye out for what is happening when you are visiting and tag along!
#4: Learn about Aboriginal Culture
The First Nations people of Australia have a proud history that spans back more than 60,000 years – longer than any other living culture on earth. Throughout Australia, there are many places to learn about the traditions, culture, and history of the traditional owners of Australia.
#3: Visit the Outback
Australia is one of the least densely populated countries on earth, with a massive swathe of red earth in the country’s center. Home to very few inhabitants, this is ‘The Outback’ and is a must see for those visiting Oz. You can drive for hours and hours and see almost nothing – something that always shocks visitors, especially from America or Europe.
#2: Meet the Wildlife
There’s no doubting that Australia’s wildlife is one of its biggest attractions, and for good reason; with cuddly, adorable creatures from koalas to kangaroos to quokkas, Aussie animals and unique and lovable. Some quintessential experiences include cuddling a koala or feeding a kangaroo, both of which can be done in most states of Australia.
#1: Hit the Beach
When you think of Australia, you probably think of the beach – it’s no secret that Aussies love sun, sand, and surf, and for many, the beach is a way of life. Some of the most famous beaches include Bondi and Coogee in Sydney, however, there are also spectacular, undiscovered locations all over the country’s coast, such as mesmerizing Vivonne Bay or Normanville in South Australia.

Top Things To Explore In …