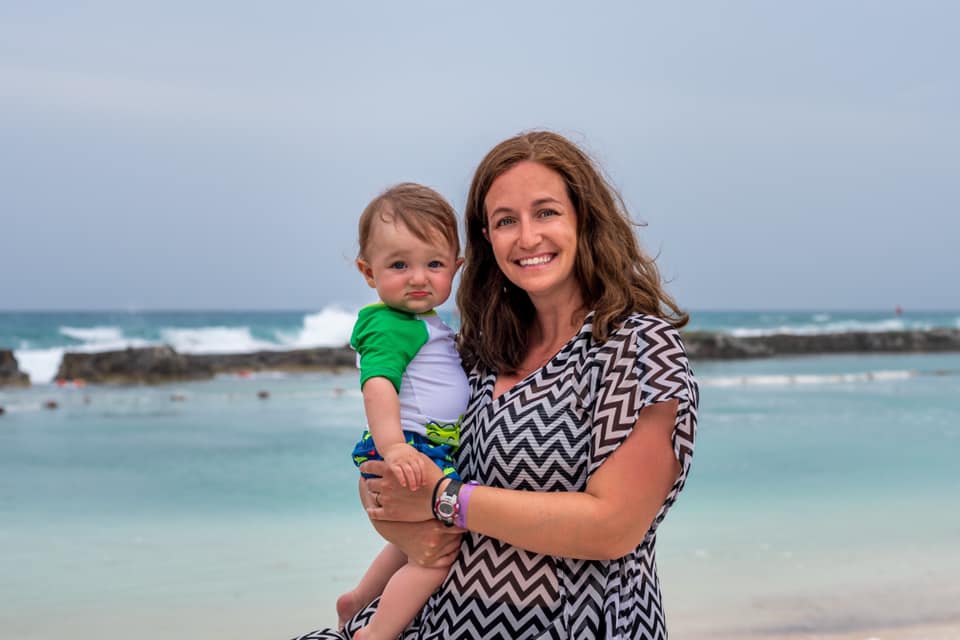 Lesley Carter is the owner of Bucket List Publications. She has visited more than 100 countries and stepped foot on every continent. From swimming with great white sharks to piloting a fighter jet, she is making her bucket list dreams a reality.

Now that she has two children, her focus has shifted to crossing off their bucket list adventures as well. Her current bucket list goal is to make her son, Max, the youngest child to visit every continent. Maxwell Smith was born on April 13th, 2020. Even before his birth, Lesley had record-breaking plans in the works. Her goal was to make Max the youngest child to visit every state in the US. The current record holder is only 3 months old so she had her work cut out for her. The plan was to travel by car to every state in less than three months.

Carter had made arrangements in every state and planned each day to make her dream a reality. Then, the unimaginable happened. A worldwide pandemic completely derailed her goal. With travel limited around the world, she was going to need a new plan. Now that restrictions are lifting around the world, Carter’s new goal is to make Max the youngest child to visit every continent. The current record-holder is 7 years old, and Max is now 2-years-old. The first continent, North America, is easy because it’s where they call home. Max has already been to the USA, Canada, Mexico, Dominican Republic, Bahamas, and Haiti. The second continent on their list is Asia. With plans to visit Dubai in April, that will be complete before the summer.

They will stay at Atlantis, The Palm, and then Four Seasons Resort Dubai at Jumeirah Beach. There is a direct flight from Dallas, Texas to Dubai with Emirates airlines so a 12-hour overnight flight will bring them to their destination with minimal effort. The third continent planned is Africa, which will be crossed off the list in June with a visit to Uganda. Africa Adventure Safaris will take them on a 5-day safari with highlights including Queen Elizabeth National Park, Lake Mburo National Park, and Entebbe. Fourth on the list is Fiji to complete the Oceania portion of the journey. Then, Europe will be fifth. Both continents will be completed before Max turns 3-years-old. That just leaves South America and Antarctica. South America is easy to reach with numerous direct flights from Dallas on a daily bases and very little time change. Antarctica will be the most difficult continent to reach, especially since most cruises only accept children ages 8 and above. Carter plans to partner with a cruise line in December 2023 to arrive on the final continent before Max is four years old. It’s a lofty goal but Carter believes that the more unrealistic you are with your dreams and goals, the more you are able to achieve.

Being A Minimalist As A …